Black and tan is one of the most classic color pairings in the dog world, and it’s found on all manner of pups. We’ve compiled a list of some of the most famous examples, so you can be sure to find a companion whose coat goes with everything.

These formidable guard dogs represent perhaps the prototypical black and tan dog, as that’s the only color option this breed comes in. Rottweilers are also big and powerful enough that they can quickly convince you to change your tune if you try to say that you associate another breed with those particular colors.

Dachshunds are at the opposite end of the spectrum from Rottweilers in almost every category except coat color. While they can be found in a wide variety of hues, black and tan is one of the most common. One other trait they share with Rotties? A stubborn streak a mile wide. Luckily, it’s much easier to overpower a headstrong Dachshund.

These mouthy mutts are primarily known for thinking they’re the biggest dogs in the world despite being the size of a large hamburger. They make great pets all the same, though, and they’re portable enough that you can take them with you everywhere you go.

You may think of Beagles as being mostly white, with some black, tan, and even orange markings, but some individuals are completely black and tan. Regardless of their coloring, though, one thing’s for sure: a Beagle is likely to be the dumbest dog you ever own (of course, that just makes them more lovable).

German Shepherds are one of the most famous black and tan breeds, but to be fair, these dogs are more tan than black. Most pups are largely brown with black markings on their back and face. No matter what you call them, though, these are fantastic pups, with keen minds and lots of energy. 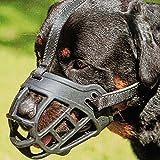 Known for being ferocious guard dogs, Doberman Pinschers are also loyal family pets. Their appearance is usually more fearsome than their personalities, in fact, and they can make dopey companions for families of all sizes. That being said, if you see a sign that says “Guard Doberman on Duty,” you’d better be on your best behavior.

Bernese Mountain Dogs are some of the sweetest animals on the planet. They’re also some of the biggest dogs you’ll find anywhere, and that fact will certainly come as news to them, as they think of themselves as the ideal lapdog (your lap may not agree).

These scruffy-coated pups tend to have an equal mix of black and tan, although it’s not usually evenly-dispersed. They also have long, narrow faces, and often have a little bit of a goatee, making the Airedale Terrier one of the most distinctive-looking breeds in the world.

Since they were originally bred to fight off wolves, tigers, and bears, it’s safe to say that Tibetan Mastiffs can protect your flat-screen from a few unruly teens. These huge dogs can weigh nearly 200 pounds, and while they’re incredibly sweet-natured, you do not want to make them angry. 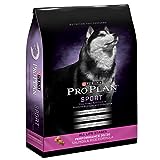 Named because they look like miniature versions of the Doberman Pinscher, Miniature Pinschers have the same markings and the same confidence that their larger cousins do, despite being a fraction of their size. While this can get them into trouble, it also makes them surprisingly good guard dogs.

Another close relative of the Doberman, Beaucerons are medium-sized dogs that were bred to herd sheep and other livestock. While they look like Dobies, a more apt comparison might be to Border Collies, in that Beaucerons are virtually indefatigable.

It’s worth considering that the reason why English Toy Terriers are so good at catching rats is because they kind of look like rodents themselves. Regardless of the reason why, these mutts are extremely agile, and can hunt down just about any small animal that comes across their paths.

Like Beaucerons, Australian Kelpies are a lot like Border Collies. They have limitless energy and a fierce intelligence, and they’re more than capable of keeping a herd of belligerent cows in line despite only weighing about 50 pounds or so themselves.

Although you likely picture black or yellow coats when thinking about Labrador Retrievers, the fact is that some can be black and tan as well. This is purely a genetic mutation, and does nothing to affect the other characteristics of the breed. So, basically, they’re the perfect dogs in the perfect colors.

These Swiss dogs are basically what you get if you order a medium portion of Bernese Mountain Dog. Appenzeller Sennenhunds are lovable and friendly, and they love to roam around and bark at literally everything they see, so they’re probably not ideal for apartment dwellers.

These German wire-haired pups are on the smaller side, as they usually only weigh in at about 20 pounds. Nevertheless, the Jagdterrier is playful and affectionate with people, especially children, and their short coats are easy to groom.

While the breed name sounds like the place Harry Potter went to school, Hovawarts are big, energetic pups that love spending time outside. They’re not big on barking, so if yours wakes you up in the middle of the night, you know it’s likely not a false alarm. 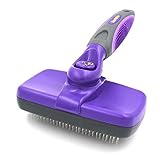 You’d be forgiven for mistaking the Lancashire Heeler for a Chihuahua, as they’re both small, pointy-eared dogs with black and tan markings. However, Heelers are generally much more receptive to strangers, although you’ll need to be vigilant while training them to prevent “small dog syndrome.”

Don’t ask us to pronounce the name, but the Prazsky Krysarik is another Chihuahua-like breed, this one from the Czech Republic. Despite their diminutive stature, these dogs are incredibly active and need lots of exercise. Luckily, if they get tired in the middle of a walk, you can just pick them up and put them in your pocket.

Black and tan is a classic canine color combination, due largely to the fact that two colors go together beautifully. The combo can be found in dogs of any size, from the teeny-tiny Prazsky Krysarik to the massive Tibetan Mastiff.

Best of all, the fur blends in with most clothing, so no one will be able to tell that you have a dog at home simply by glancing at your sweater.